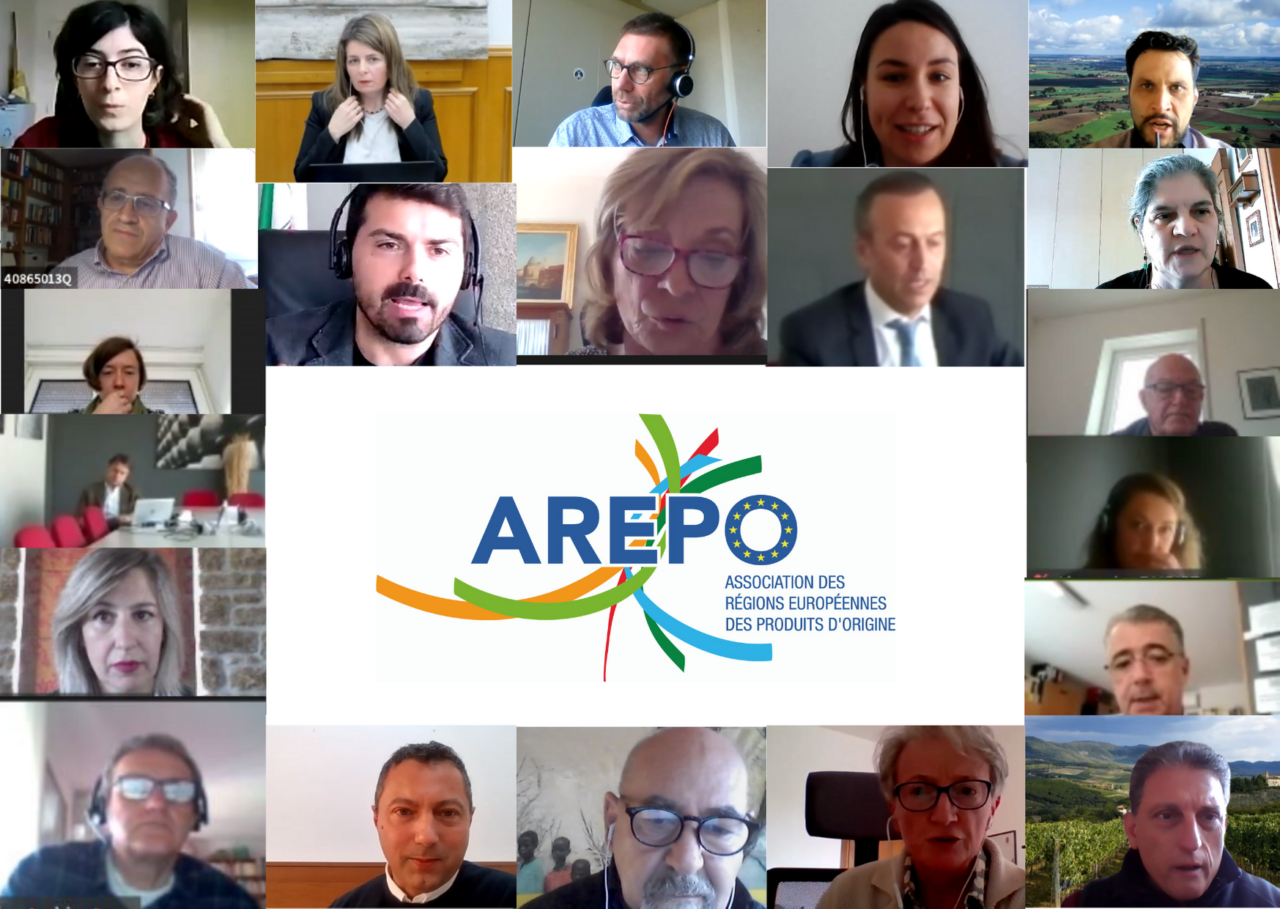 On March 26th AREPO member regions and producers virtually gathered together for the first annual General Assembly of 2021, followed by a meeting of the Board of Producers.

The General Assembly took place in the morning. It has been the occasion to discuss a wide range of topics, as well as to present AREPO priorities and the activities planned for 2021.

The ongoing revision of EU Quality policy has been tackled, recalling the main points of AREPO’s position on the issue and the major challenges to be addressed.

In line with the debate at the EU level, front-of-pack nutrition labelling (FOPNL) was on the agenda. With the intention to provide further grounds for discussion on FOPNL, AREPO President, Ms Eirini Choudetsanaki, as Councillor of the Region of Crete presented the analysis and position on Nutriscore realised by a working group set up by her Region. Furthermore, the exchange has been enriched by the intervention of Ms Agnès Rampal, President of the Euromediterranean commission of the Region Provence-Alpes-Côte d’Azur and Vice-deputy mayor of the City of Nice, who introduced the proposal for the creation of a “Mediterranean product” or “Mediterranean diet” label, included in the report “Agriculture and food security in the context of climate change in the Mediterranean” adopted last February by the ARLEM assembly of the Committee of the Regions.

Morning session concluded with the Presentation of the Catalan Food Strategic Plan 2021-2026, by Mr Joan Godia Tresanchez, Treasurer of AREPO and Vice-Director of Agrifood Quality of Generalitat de Catalunya.

In the afternoon, the meeting of the AREPO Board of Producers took place, introduced by AREPO Vice-President, Mr Nicola Bertinelli, President of the Consorzio del Formaggio Parmigiano Reggiano. Producers of AREPO member regions exchanged on the front-of-pack nutrition labelling, with the intention to provide their perspective on such a sensitive topic and to contribute to AREPO’s internal discussion. The concerns raised in the AREPO’s common position as well as the proposals set forth in it, gave rise to an extremely rich debate where AREPO producers clearly opposed to the option of introducing the Nutriscore as mandatory harmonised FOPNL. Led by a proactive and constructive spirit, AREPO producers examined several options to improve communication and information on EU geographical indications, also through Promotion policy, and claimed their role as pivotal instruments to meet the objectives of the Farm to Fork strategy.

Meeting AREPO / Offices of the French regions in Brussels